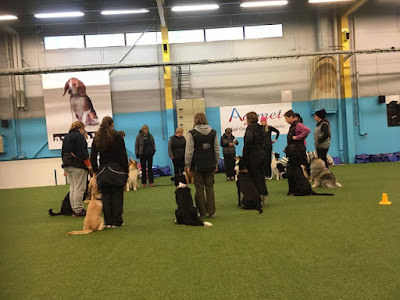 What a sunny weekend, what a lousy handler!
I have not been training too often lately, only during the weekends and just by myself except the once a month "workshops". I do not find any other reason than this for being so extremely nervous today in our first show in the open class, class 1. My heart was bouncing away and I hardly heard what the steward said. Neither have not competed in Finland for a while not after The Finnish Championships last summer. The show was in Haukkuvaara, tiny indoor hall where we trained also last weekend. When I arrived, I was please to notice that we were doing the movements in two parts and they were in a "random" order (number indicating the "normal" order). It was so nice to be able to reward Prikka in between the first and second part. The stay was before the movements.

1. Sitting in a group for 1 minute, handlers in sight 9,5 points - Prikka moved a bit her paws

7. Retrieve of a wooden dumbbell 9 - a bit faster when coming back
8. Distance control 9 - she did what was asked but a bit slowly
2. Heelwork  9,5 - nice points even though I had to give her a second command when commencing
9. Recall and jumping over a hurdle 9,5
10. Send around a cone and return 10 - this was a nice surprise, I did not expect these grades with her performance
11. General impression 9

All together 269/320 points.
Prikka was so good, she did just what she has been doing when training. I am so happy with her attitude, proud of my serious dog. Besides me being so nervous, Prikka's response in distant control could have been more alert.

Now, I think we will train hard to be able to compete next time in class 2. In order to be able to that we need to train with others because of the stays - the dogs go down and get up one by one, and they may not obey the neighbours. The other challenge for us might be the scent, we need stewarding and the distractions in that as well. The third movement that needs lots of improvement is the distant control with increased distance and including the stand as well. I think the recall with stops and the directed retrieve should be fine. Hopefully, I will recover from my winter sleep and finding the more active phase with the dogs! 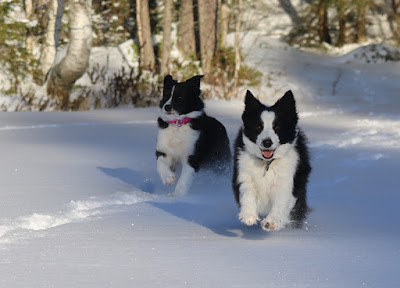 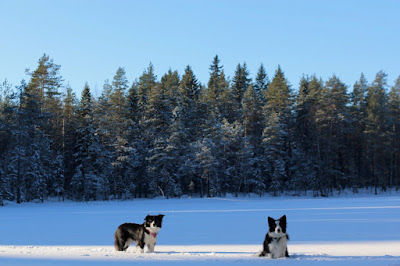 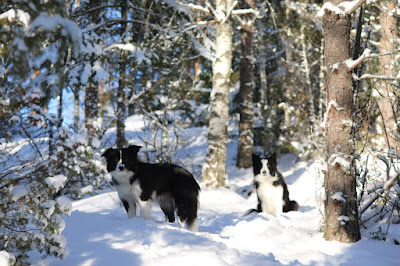 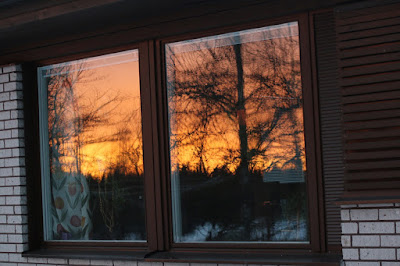 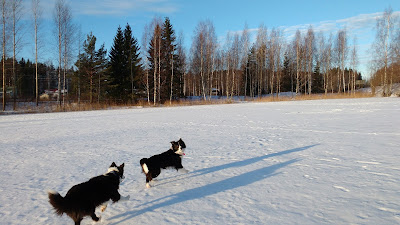 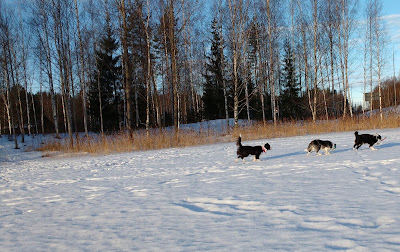 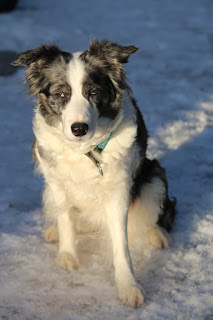 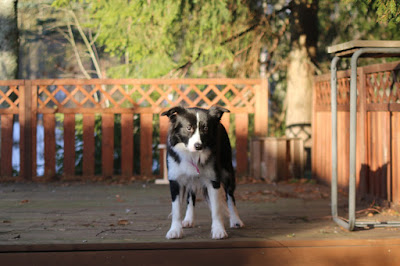 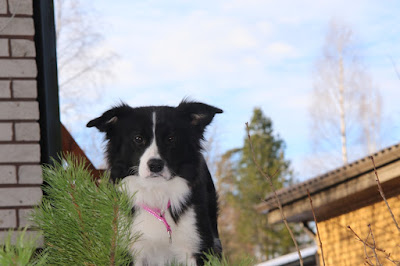 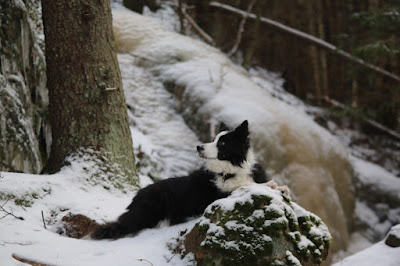 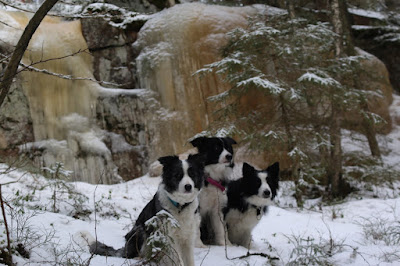 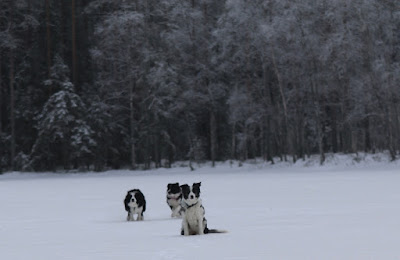 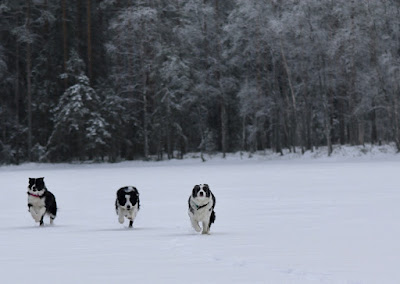 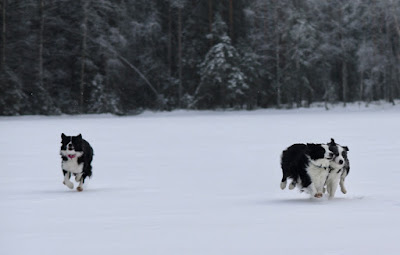 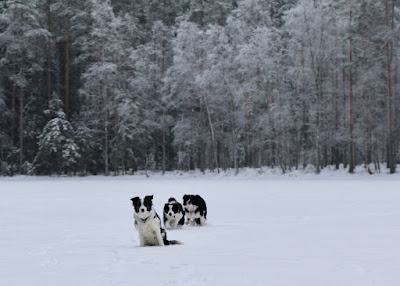 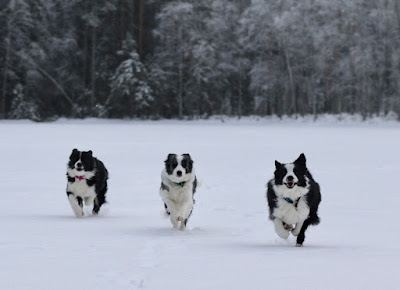 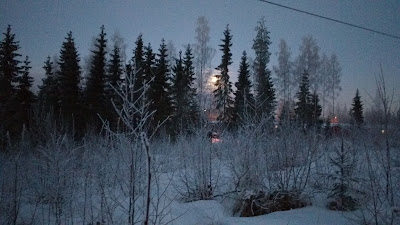 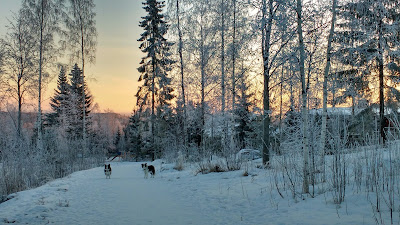