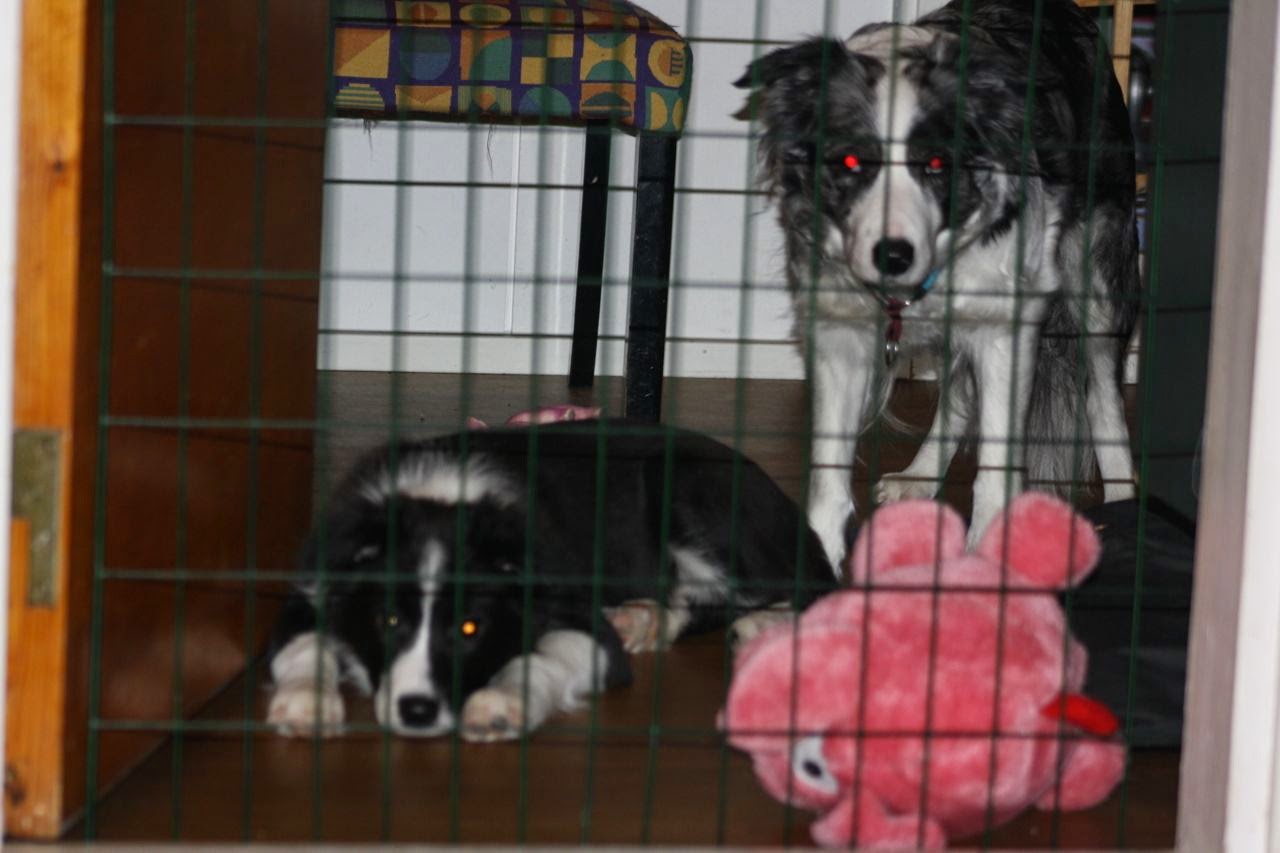 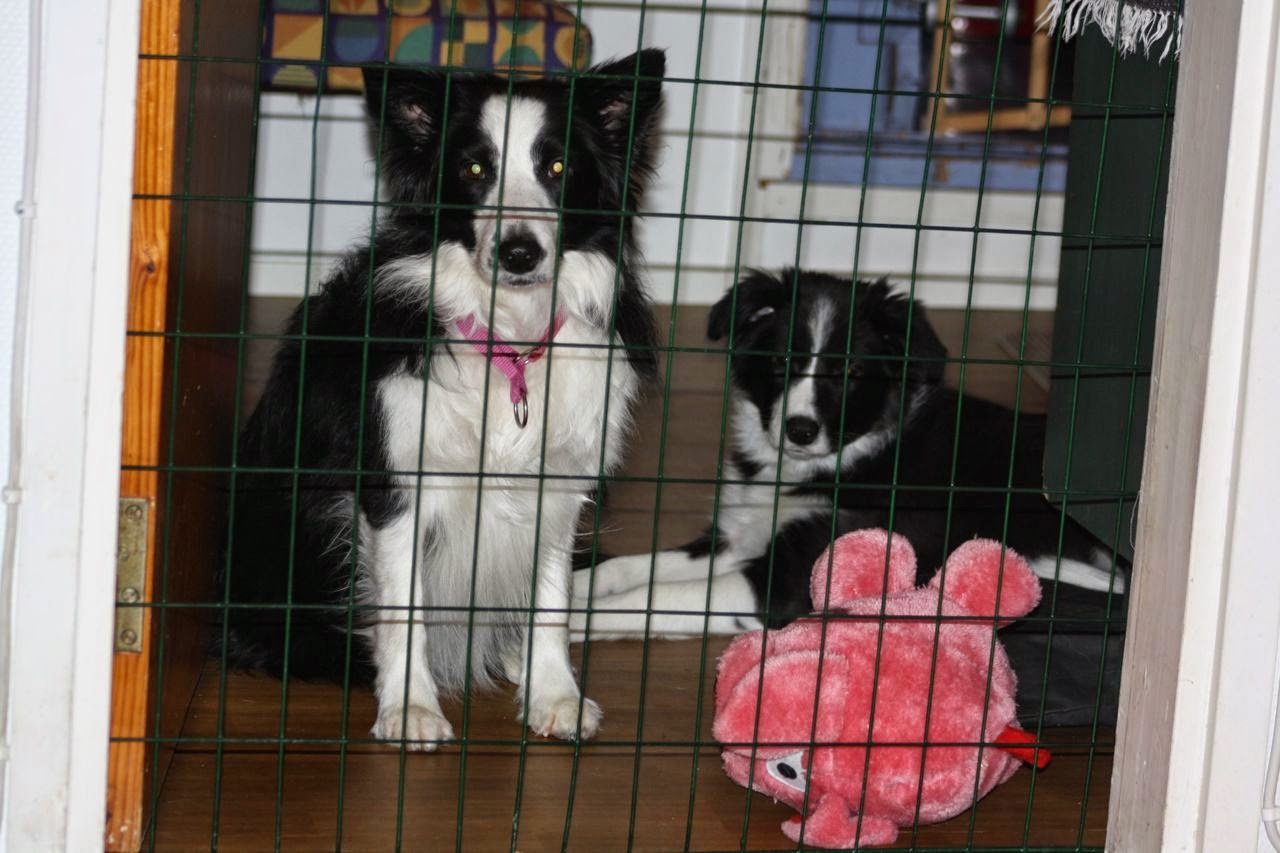 Waiting for the obedience moment of their own

Tämä juttu on nyt ihan enkuksi. I updated today Prikka's breeder, Val, how are we doing. So…

My tiny girl is now 16 weeks. She is quite a thinker. When she is dealing with something new she takes it very slowly, I can almost hear her brains working. Now, I have taken her twice to indoor hall for training (appr. for fifteen minutes). She concentrates there the same way as at home. So nice! There she has been mainly running to the target or around the pole or something. Then we have been of course working on our contact. She prefers the treats to toys. She likes tugging but the balls are not that interesting.
She is also very good with her nose. You can hear her using it when looking for treats or a toy. In the garden she has spotted a mouse a couple of times. Second time she caught it, but I was not so enthusiastic about a mouse hunter so we let the tiny one run away. But a couple of times she has done a miracle: a couple of weeks my hubby asked her to come in, she ran to the bushes and came back with his glove (who had taken the glove over there is not the issue). Yesterday I had let the dogs run free on the road and I was busy organising the three leads. When I had done that I noticed that my mitten was missing. I turned around and saw the puppy picking it up by herself and she brought it straight to me! Inside the house she has been doing nose work, too. In Finland we do the nose work (scent) in obedience with sticks and now she can find the one with my scent. This far there has been three unscented ones, I can increase the number soon. She shows the correct one by touching it with her nose, so no retrieving yet.
I think she has been very good with the snow and cold. Her paws (and the hair in those) are at the moment correct size, there are no icy balls forming, which has been a problem with both the adults, especially with Jinga. She has such a good coat, never seems to be cold. Another thing I am amazed with her, she keeps the tracks clean! When walking on the paths or roads, she never does the big thing over there, instead she goes at least a few meters aside.
She plays and runs a lot with Jinga. On our walks she is chewing Jinga's neck and poor Jinga looks so ragged with her frozen neck. Both the black girls tend to be very snowy and there is hardly any flakes on Kiila (who is just minding her own business).
This weekend she has been housebroken - nothing at all inside the house. She wakes me around 6 or 7 o'clock, when she needs to go out. If it is weekend, we will go back to bed. This weekend she has been bad as well. This far she has obeyed when we see strange dogs but now she ignored me, even when I ran away. Youngster-ganster!
And Val, you were so correct about her being bold and quite a handful. She is both but in a good way! And she is still flying and her success rate in good landing might be increasing. She is flying a lot inside and outside the house but her landing still needs lots of adjusting.
The road with her is fascinating! 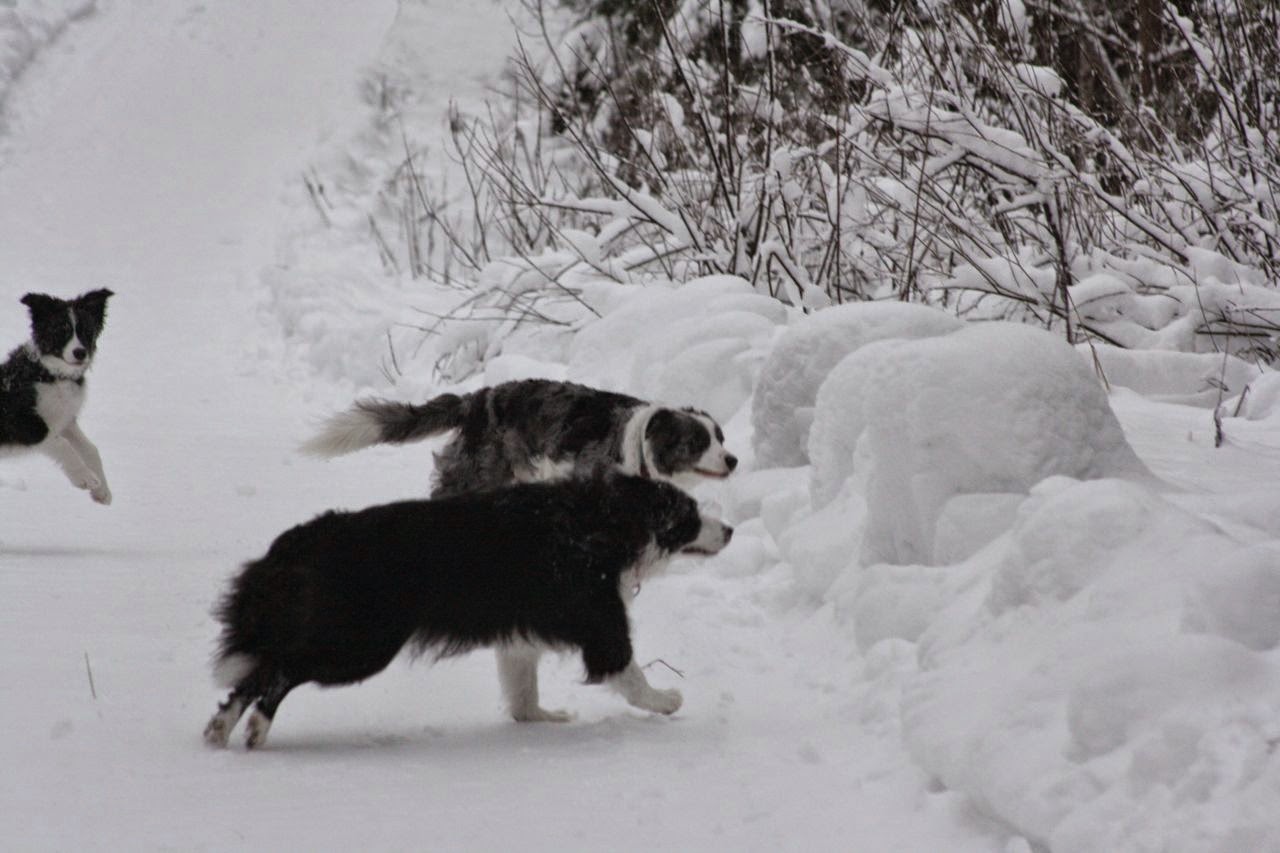 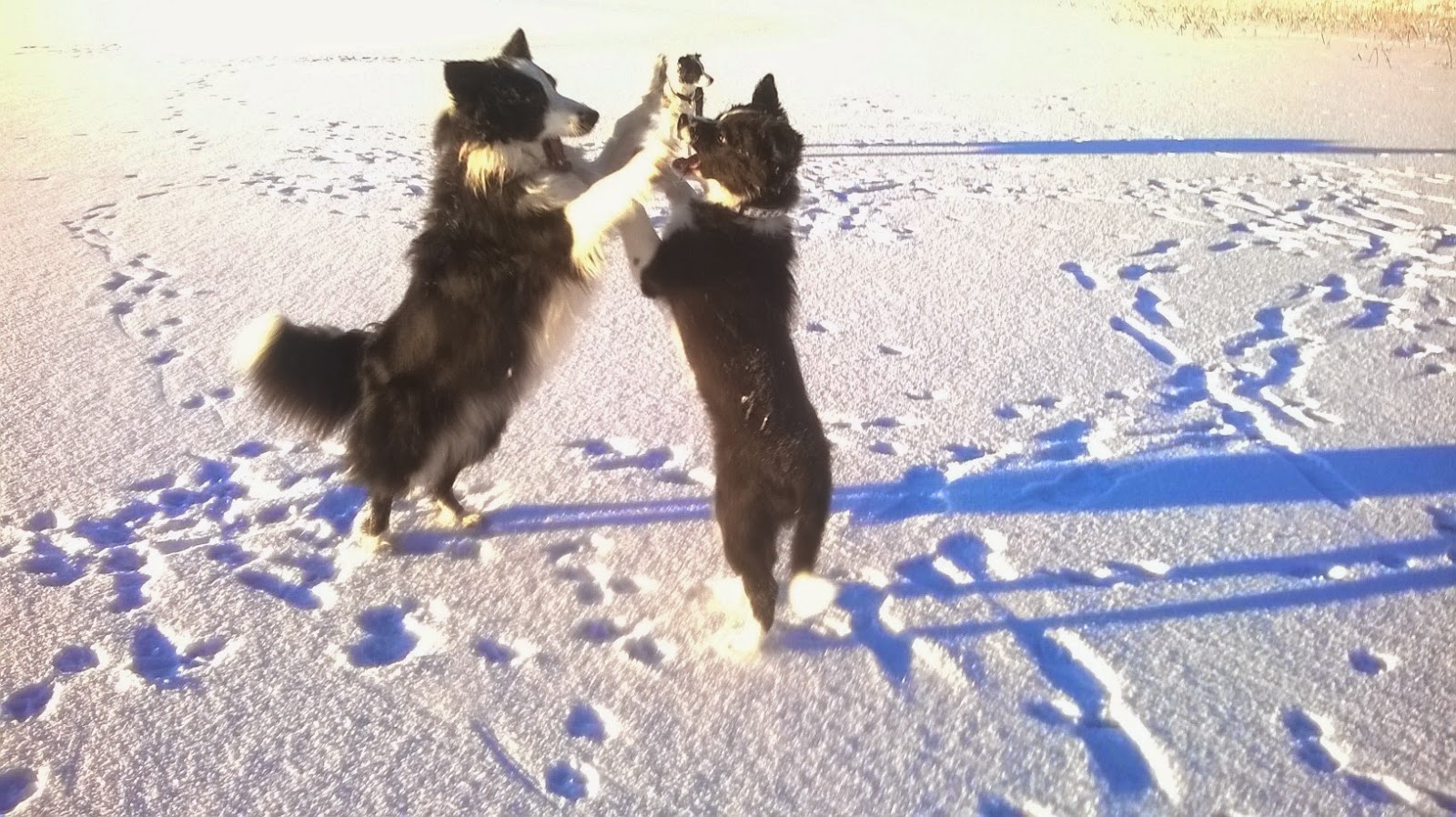