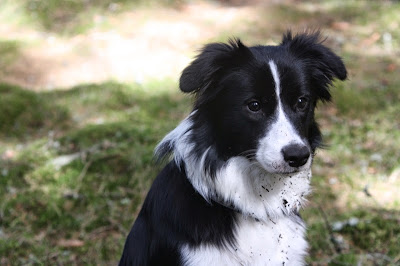 I did some digging - the soil was good 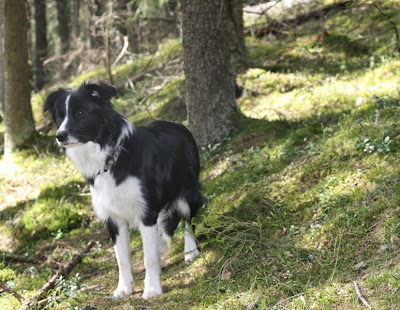 Posing in the forest, waiting for the seniors 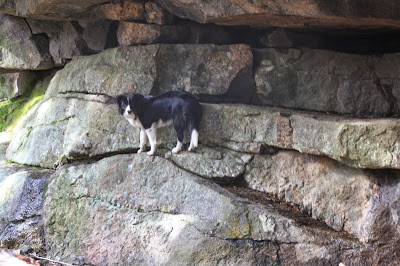 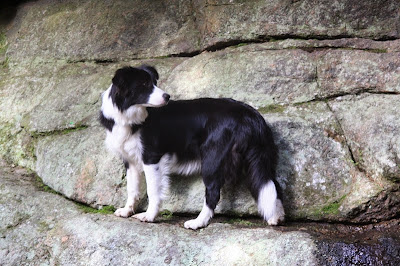 Can not move forward neither backwards - but no worry,
I will manage, I always will 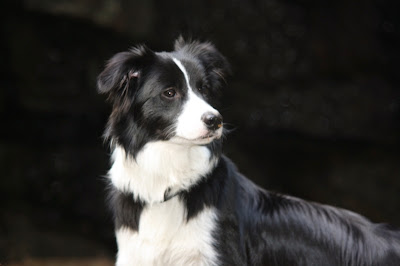 The most beautiful collie in Jyväskylä 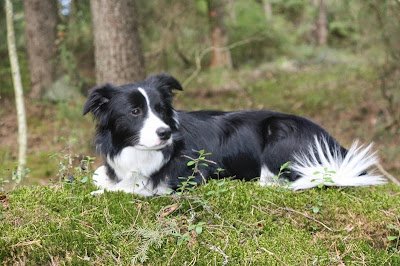 What a nice white fan!

Pictures are from the last weekend.

Days are getting longer (sun is rising after 4 o'clock and setting after 10):  Spring is finally here, and time flies.  Within last month we visited the summer house, neither snow in the forest or ice on the lakes over there  (eventhough we still had some in Jyväskylä). Prikka was in a new fascinating world, so many new voices, scents and new things to be seen of felt. I made tracks for Prikka, so that she could see where I started from. Now she excelled (after our first failure trial a week earlier). The last of the three tracks was 160 meters, no problem! Unfortunately we have not had time to do it since.
We also had our third obedience lesson with Oili, training on football fields in Lahti. We checked her retrieve, made it faster with my running away when she was about to pick up the dumbbell. It worked nicely. The speed was also “the problem” with her send aways, I just need to be on my guard all the time, not letting her get slower. We also worked with her stops when running towards me. She shows brilliant stops. Again, the speed is something to remember, I may not let her foresee the commands.
Before the first of May, the snow was finally gone but alas, two nights before we got lots of snow. Never earlier have I seen the snow smelting so fast, you could kind of hear and see it happening. All the five-ten cm were gone during the day. The same weekend we made a city visit to Oulu to see our daughters. We lived in the city center, close to the "hustle of the city” but since being in Finland, we were also close to the nice parks and roads for walking. Prikka saw the sea for the first time in her life, and we visited a beautiful enchanted forest Sanginjoki. A fairy tale forest, hopefully it will be protected soon, there are not too many forest up there. It really is popular and needed for recreation.
Last weeks have been brilliant regarding our obedience. We have been visiting several fields and training with different people and dogs – lots of fun. 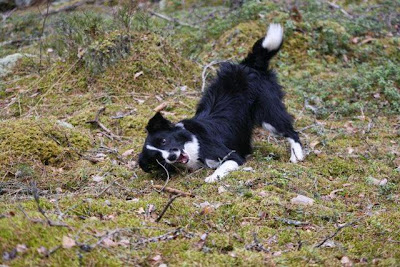 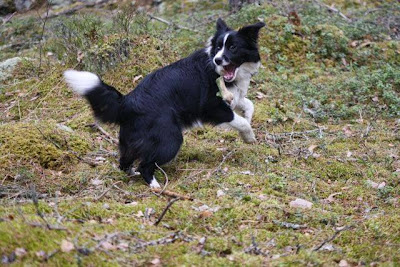 Being puppyish (picks from the summerhouse visit)
One day when the trio was running, Prikka pumped into a young tree. She kind of was swinging in the tree for a while.She landed somewhere and then she came back and I could she her puzzled look "what an earth made me stumble".
The other night she saw something very suspicous on the pavement. She decided to find out what was this scary thing - a 10 cm piece of very narrow ribbon. She decided that it was not scary at all and started to play with it.
This far Prikka has not made up her mind about her relationship to water. She loves to step off our path when she remembers that there is a good spot to drink from a stream. In a month or two I will know what kind of water beast she is. At the moment she is only a little bit curios about the water, unlike these other two. Kiila has been enchanted by water since she came home. She loves to play with the water, looking at the droplets and currents she makes with her paws. Jinga - she is the beast, is it the sea or muddiest little puddle she loves to run, lay in them, or jump into them. 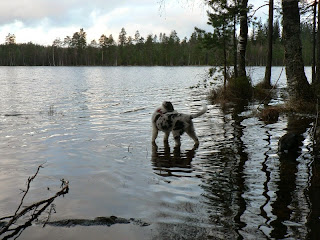 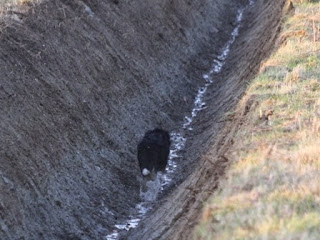 The healt issues. One day my friend noticed that Prikka did not move properly, her hind legs had restricted lenght. My ostheopath friend came to see the trio and yeas Prikka had in some point somehow hit her back and the backbone started to be a bit crooked around pelvis area. Luckily she was fixed and straightened quite easily. No wonder that she hits and bumps her self, the way she loves to run and fly. At home in the corrider it is often a bit crowded, she just jumps over the other two dogs or the chairs. She loves being agile, and sure she is jolly!

And some expressions of the gorgeous and wise eight months old puppy
(strategic numbers 17, 5 kg and 50 cm) from the last weekend: 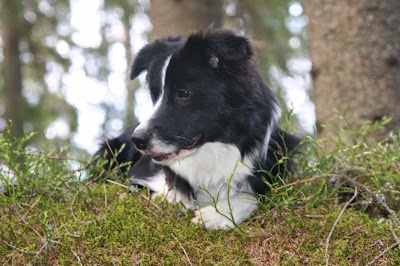 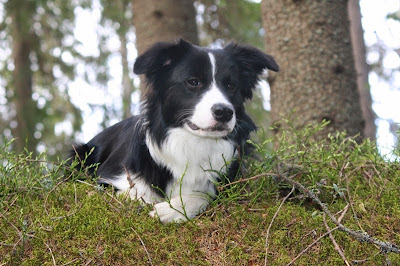 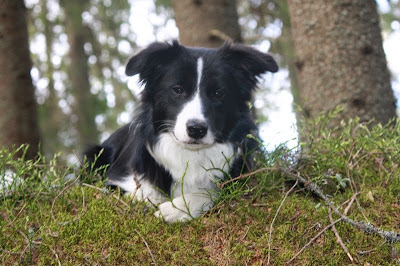 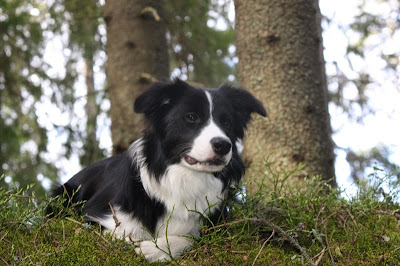