The doggies on their holiday and our training statistics 1/2016 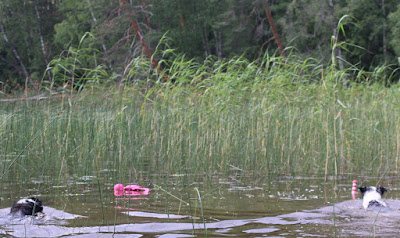 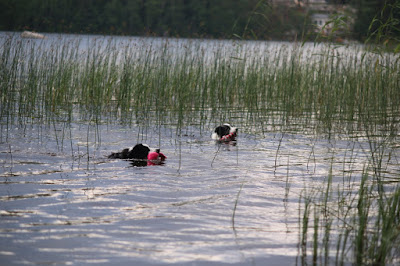 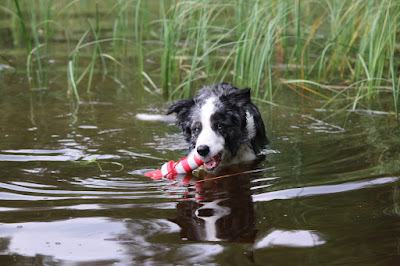 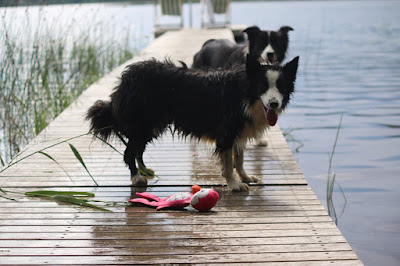 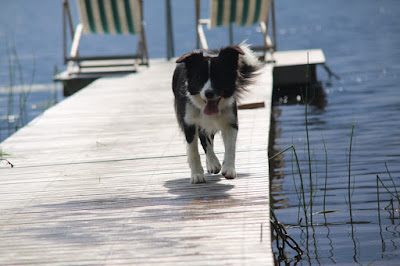 This dog is mostly observing - the other two do the swimming


The trio had a luxurious fortnight at the summer house. I guess it was mostly sunny and warm waters.  They enjoyed the new toys and swimming and had good forest folks. Could not have nicer holiday! I am so lucky that I did not need to have a single worry about them while our visit to East Cost, Great Lakes and Niagara during the heath wave by the end of June. Actually, I got so used to dog-less way of life that during the first days back to the cottage, it was still my daughter who fed them and took them for the walks. Less than two weeks and forgetting the dog routines. 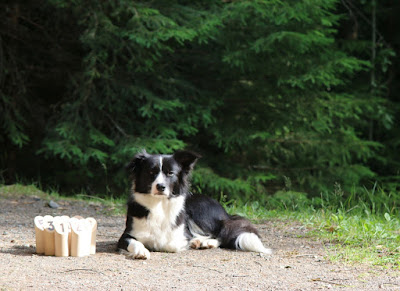 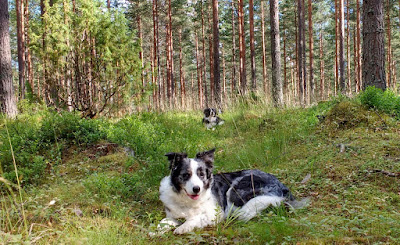 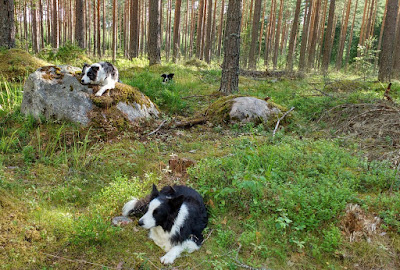 The official blueberry supervisors, three of them in both pictures. During this a nice couple of litres was picked and we got such  a good blueberry pie.

Now, it is good time to make a resume of our training during the first half of the year (actually until mid June because to the holidays. I trained Prikka by myself or with friends 102 times, only 71 times  Jinga. I think I am quite happy training most days of the weeks. Besides these we had a coach seven times (mostly Prikka), quite luxurious. Prikka had only one official show, Jinga none. Hopefully we will be competing more the second part of the year.  With tracking we have been really lazy, Prikka three times, Jinga only twice. We will improve in that as well! Prikka spent also one Saturday morning learning the basics of water rescue, she goes to water more easily when she is not "supervising" the other two.
This week we took part in the unofficial show in the beginners class (three weeks to Finnish Championships and we will be in the team of our breed club).
We got altogether 187,75 points.
down stay 1 minute, 10  - well done (I was most worried about this movement)
heel work, 10 - she lost the contact slightly a couple of times
down during the heel work, 8,5 - she was slowish getting down (this is untypical)
recall, 9,5 - she ran with a good speed but slowed down a bit the last meters
holding the dumbbell, 9 - a bit of rolling of the dumbbell with her teeth
distant control, 2 meters, 1 sit, 1 down, 7 - she did the movements ok from the distance but not the down, neither             the sit position on heel position
jump, 10 - good
general impression, the co-operation, 10 - so happy about this

Now, it is still finding the correct mood for our working, not too  anxious, not too peaceful! I guess these unofficial shows are more for me, learning to behave.
Tiina Harju took some picks from the rainy show, thanks! 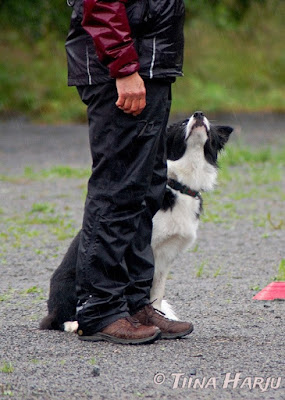 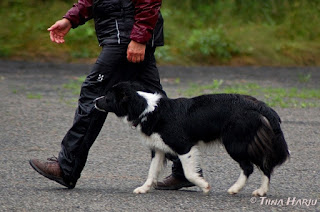 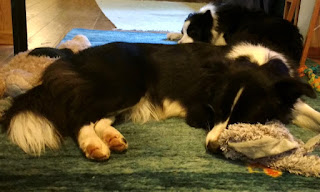