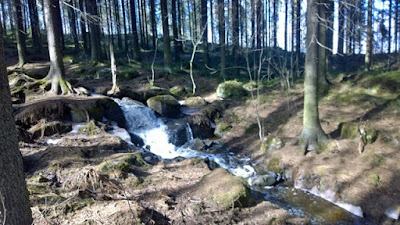 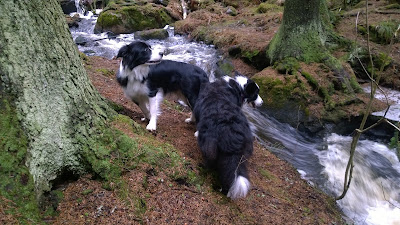 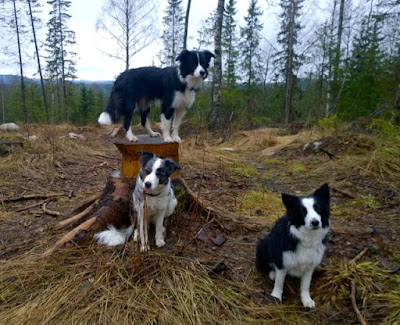 The stump loaded with stumps 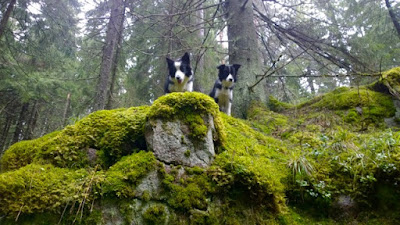 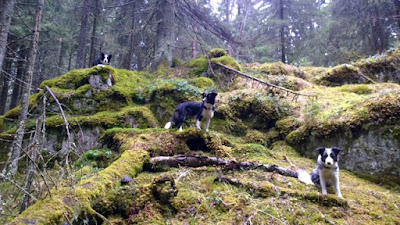 This time of the year  forest can be pretty green, too! 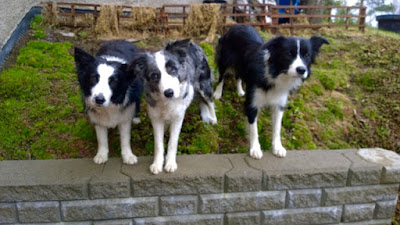 The green spot in our yard

We have been training with a friend, friends or with a (paid) coach eight times within the fortnight -luxurious! Extra: we were able to train outside without rain and freezing cold twice. If I could only remember and absorb all the information/hints I have received, we would be champions soon. Alas my memory is short and it is so hard to tell to the dog if the movement was perfectly fine or not! 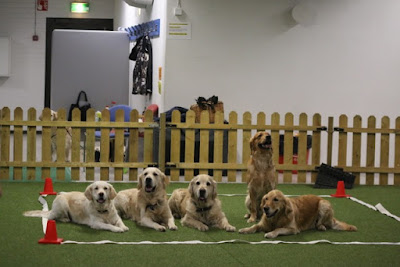 This super fortnight started with an indoor training session of golden retrievers in Kuopio (our weekly training partner Raff is sitting in the pic above).  Jinga was the only black and white among seven goldies. Her colour would not sit nicely, so I did not take her into the group foto shooting. We did the new long movements and it did not look bad at all. In the other session we did heel work which needs lots of improvement, I should tell Jinga more clearly what is acceptable what is not. 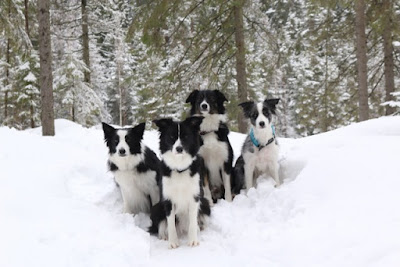 Last week we spent two evenings in freezing rain (that is why no cameras or phones out of pockets) with Andy (picture from Andy's last visit in March) and Maarit. She helped me a lot with Jinga's heel work, too. Prikka did the movements of the open class, lots of tiny mistakes (have not had too much show like training), so we have been busy checking and correcting the movements that did not go smoothly in our rehearsal. 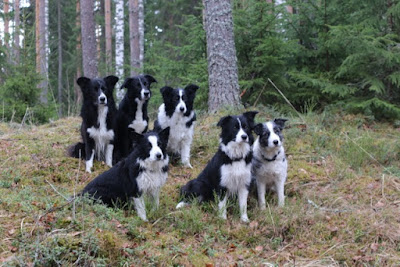 During the weekend I visited the nice training field for dogs in Hämeenlinna. Nice sets for Prikka, only the scent did not work like it does on the familiar grounds. Prikka had also her first track of the year, about three hundred meters. The track was one hour old and she found all the five sticks that laid on her track! 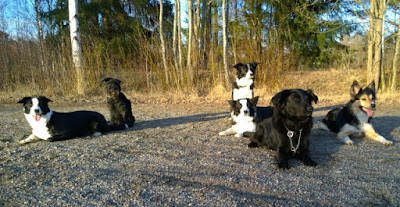 Being in the group foto is so much fun?!

This week we joined in the company of "my neighbours" and had a nice session with two young border collies Riepu and Nix, we should have more of these this summer! Riepu and Nix with their family members above. 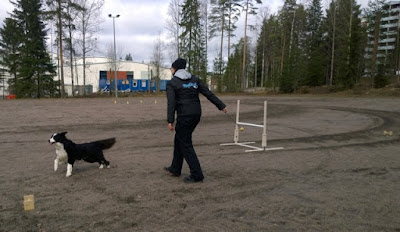 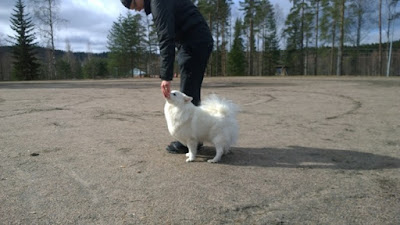 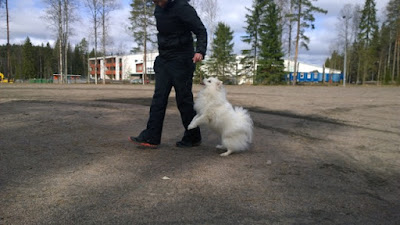 Today we had a nice session with Anna and her dogs (above).  Jinga and Pipsa did the big new movements. With Prikka I wanted to have some ideas for stopping her faster when running to square. She also noticed that Prikka is "collapsing" to bc-coma (when waiting for tasks or even in her heel position. I had noticed that she was on the borderline with our retrieves but not otherwise. So, now we try to stay upright. 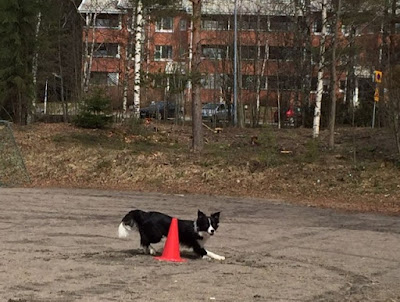 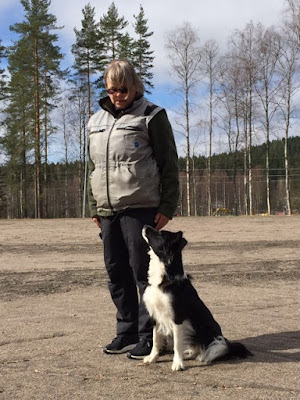 Is this good, upright enough? 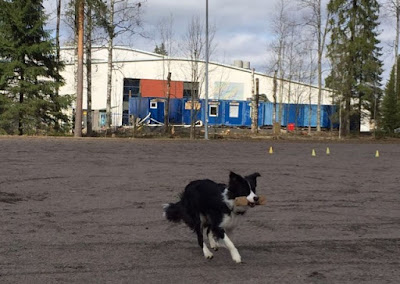 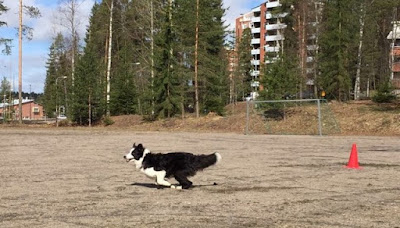 Jinga around the cone, the beginning of the long movement 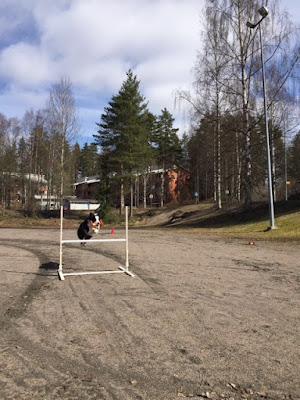 Fortnight has included also training with our regular training partners the goldies. I feel really privileged to have these kind of training weeks and training friends - really luxurious! Thank you, it is so much more fun to train together and more effective to have someone to supervise!

Underneath the training bags of today and the "trainees": 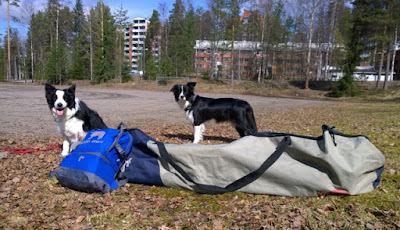 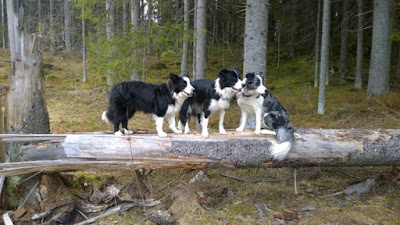 Luxorious fortnight ended with some agility.